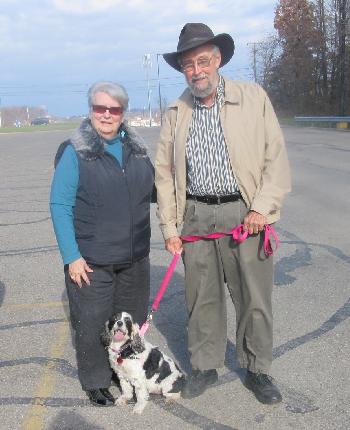 Samantha
We had to put Samantha down yesterday. She had been diagnosed as having Cushings disease a few months back. Due to her age we opted not to do anything because they assured me she would not be in any pain. 3 days ago she got really sick with tarry stools and having mini strokes a lot of them. Took her to the vet and by that time she was really having mini strokes and blood �� coming out of her mouth indicating blood in the lungs. The vet said she was a very sick puppy and did not disagree when I said to put her down. I did not want to leave her in a strange place without us being able to reassure her and them poking and prodding and stuffing meds down her just to find out what I already knew. She was in fact dying. She had lost a horrible amount of weight and I knew it was time. She was 12 last November. I was not putting her through all of that and then have to go ahead and put her down anyway. I am heartbroken to say the least. I wanted you to know what happened to her. She was a beautiful dog and bossed us around for 3 years. We are devastated. We don't know what to do with ourselves now. You have a great day now and know she is at peace and doesn't hurt anymore. It was definitely our pleasure. She brought us many hours of joy. We are at a loss with nothing to take care of now. 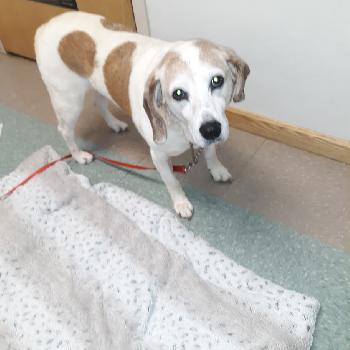 Star
Had to say goodbye to my girl Star. She was one of my foster fails. She did not get along well with other dogs. After many months she was able to coexist with my dogs, so this is where she stayed. She was the sweetest dog with people. She attended vacation bible school & went to visit the handicapped several times. After Copper left us she became my yard guard. No wildlife allowed in this yard. She was a good loyal girl & I miss her. Thank you Star for being there for me.